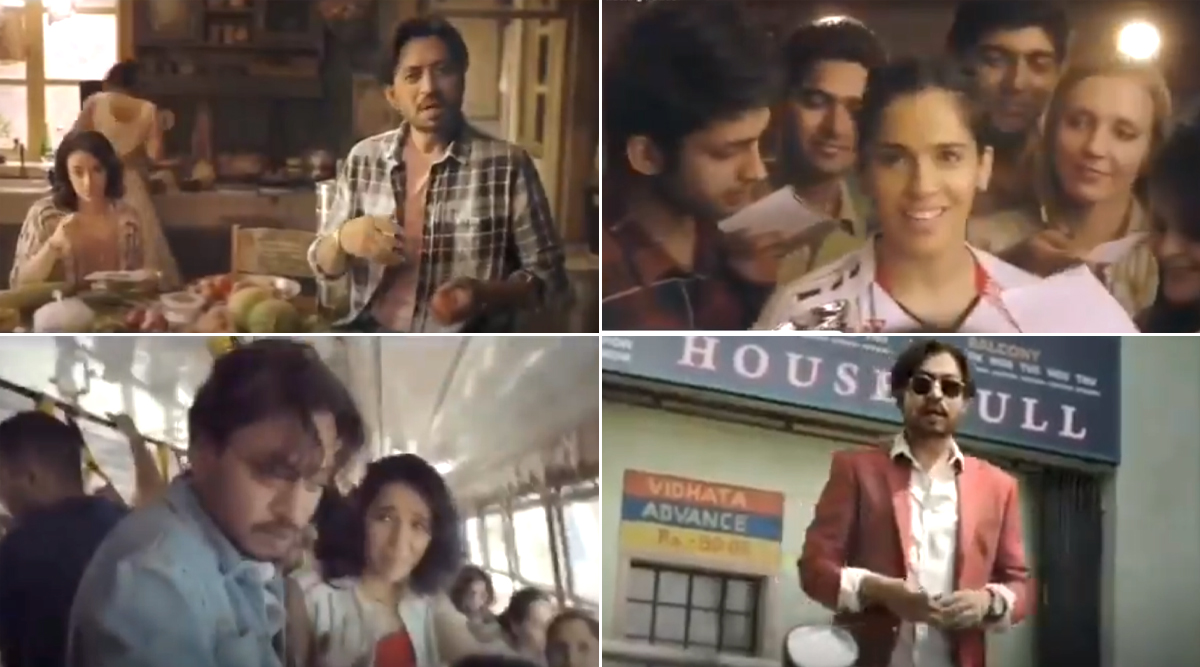 Ace Indian shuttler Saina Nehwal walked down the memory lane and shared a video clip of her advertisement with late actor Irrfan Khan. Khan, a prominent Bollywood actor who went to become Indian cinema’s most recognizable face in the West, passed away at a Mumbai hospital on Wednesday afternoon where he was admitted with a colon infection. The country mourned his demise and shared their memories of his great art and how his immaculate art touched lives. Saina, who did a commercial advertisement with the late actor took to Twitter to share a clip from the advertisement and respect to the actor. Irrfan Khan Dies at 53: Sachin Tendulkar, Virat Kohli, Virender Sehwag, Suresh Raina and Others from Cricket Fraternity Offer Condolences.

“Me and Irrfan khan sir” Saina captioned the video. Saina and Irrfan had appeared together for a Candid Dusting Antifungal Power advertisement. The 30-year-old paid tribute to the late actor by sharing the video and paying her tributes to the deceased actor. She had earlier posted a picture with the late actor from the same shoot. Irrfan Khan Dies at 53: IPL Franchises CSK, MI & KKR Pay Tributes to Deceased Actor With Heartbreaking Tweets (Read Tweets).

Many from the sports fraternity also joined Saina in paying their tributes and offering condolences to the bereaved family for their loss. Indian captain Virat Kohli in an emotional post wrote “What a phenomenal talent and dearly touched everyone’s heart with his versatility. May God give peace to his soul.” Other cricketers, such as Sachin Tendulkar and Yuvraj Singh, also offered their condolences.

The family of the late actor released a statement on his passing away. “i trust, i have surrendered”; These were the some of the many words that Irrfan expressed in a heartfelt note he wrote in 2018 opening up about his fight with cancer. And a man of few words and an actor of silent expressions with his deep eyes and his memorable actions on screen. It’s saddening that this day, we have to bring forward the news of him passing away,” the statement read.