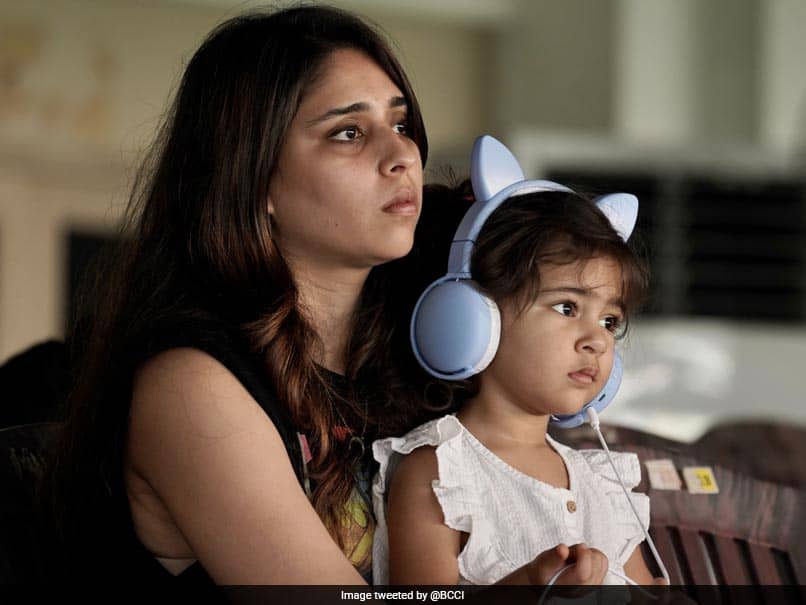 IND vs ENG: Ritika was in the stands with daughter Samaira on the third morning of first Test.© Twitter


After folding England’s first innings for 578 runs, Indian opener Rohit Sharma failed to give the side a solid start as he was dismissed cheaply, caught behind off Jofra Archer for six runs. Rohit, who was returning after a successful tour of Australia, couldn’t make the most of the flat pitch at the MA Chidambaram Stadium in Chennai. Rohit’s wife Ritika and daughter Samaira were present in the stands to cheer him on but Rohit’s cheap dismissal was not something they would’ve wanted. Sharing the picture of the two special supporters, the BCCI tweeted: “Say hello to our cute little supporter #INDvENG”.

Rohit and Shubman both gave India some solid starts in the last two matches against Australia, but neither of them could reach the three-figure mark.

Rohit started opening for India in Tests in 2019 and had a terrific first season, where he scored loads of runs in the home series against South Africa.

In reply to England’s massive first innings total, it is important for India to get as close as possible to their total, but Rohit’s early wicket certainly put India on the backfoot.

England resumed on their overnight tally of 555/8 on Day 3 and added 23 more runs, with Jasprit Bumrah and Ravichandran Ashwin picking the last two wickets to give the hosts some respite after they had toiled hard for two days in the field.

Bumrah was the pick of the Indian bowlers, returning with figures of 3/84, while Ashwin also picked up three wickets for 146 runs.

Ishant Sharma and Shahbaz Nadeem failed to add to their tally on the third morning and had to content with two wickets apiece, while Washington Sundar went wicketless.

On urge of increasing corona cases many sports events are going to postponed. In this queu…