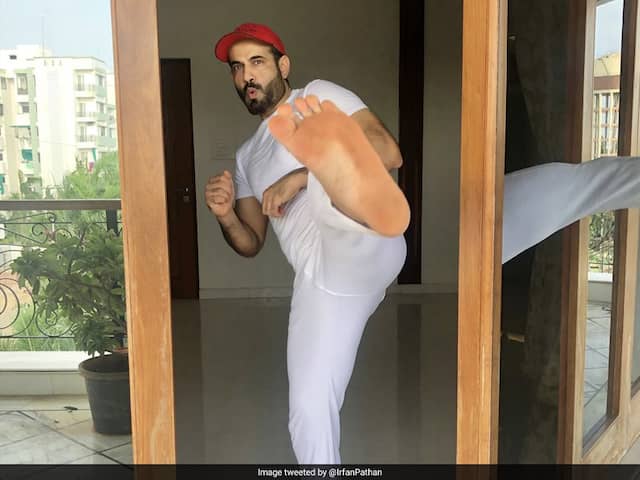 
The year 2020 has been a rather gloomy one, with the coronavirus pandemic causing global strife, while other disasters have also struck, especially in India. India has had to deal with a series of earthquakes, two cyclones and some locust attacks in a few areas on top of the global virus crisis. Former India all-rounder Irfan Pathan took to social media to upload his latest image, which according to him, summed up his feelings for 2020. “We are only halfway of the year 2020 but my feeling for it…” he captioned the picture.

We are only halfway of the year 2020 but my feeling for it… pic.twitter.com/rAGwDUqRtQ

Twitter users were in agreement with the 2007 T20 World Cup winner.

“Everyone with you,” another user chimed in.

“This another 6 months of 2020 feel like burden of a big Mountain over the head, hope it will be over quickly,” a fan wrote.

One fan had a hilarious suggestion for Pathan.

Irfan Pathan, who appeared for India in 29 Tests, 120 ODIs and 24 T20Is, announced retirement from cricket in January this year. The left-arm seamer is one of three Indian bowlers to claim a hat-trick in the longest format of the game.

Normally at this time of season, the ATP Tour heads to Canada for the sixth ATP Masters 10…