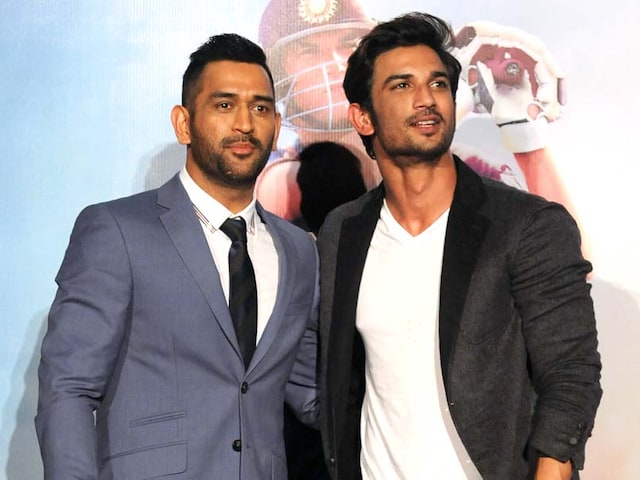 
Former Australia all-rounder Shane Watson took to Instagram to pay tribute to actor Sushant Singh Rajput, who died on Sunday. Sushant Singh Rajput had played the role of former India captain MS Dhoni in his biopic ‘MS Dhoni: The Untold Story’, and Watson singled out his performance in the movie to say how talented he was. “I can’t stop thinking about #sushantsinghrajput. It is so tragic that someone that was so incredibly talented has left our world way too soon,” Watson wrote as his caption on Instagram, sharing a photo of the late actor.

“In The Untold Story, at times you forgot whether it was Sushant or MSD. Amazing portrayal and now the world is much poorer with him not here in it,” Watson further wrote.

Sushant Singh Rajput was found dead at his residence in Mumbai on Sunday, Mumbai Police said. Police said that he died by suicide.

His last rites were held at the Pawan Hans crematorium in Mumbai on Monday.

The news of his death not only left Bollywood in shock but also the sports fraternity as tributes poured in for the 34-year-old actor. Batting legend Sachin Tendulkar, India captain Virat Kohli and former all-rounder Yuvraj Singh were among the sports stars that joined the nation in mourning Sushant Singh Rajput.

“Shocked to hear about Sushant Singh Rajput. This is so difficult to process. May his soul RIP and may god give all the strength to his family and friends,” Virat Kohli tweeted.

“Shocked and sad to hear about the loss of Sushant Singh Rajput. Such a young and talented actor. My condolences to his family and friends. May his soul RIP,” Sachin Tendulkar said.

(If you need support or know someone who does, please reach out to your nearest mental health specialist.)